This American Neoclassical painting entitled "Landing of Columbus" by John Vanderlyn was completed in 1846. The painting depicts Christopher Columbus and his crew landing at San Salvador on October 12, 1492, when Columbus discovered America. Columbus looks upward in gratitude to God for his safe voyage. His left hand hoists the royals banner of Aragon and Castile, and his right hand holds a sword to the ground, claiming the land for his Spanish patrons. Behind him, the captains of the ships Niþa and Pinta carry the banner of King Ferdinand and Queen Isabella. This painting was commissioned by Congress in June 1836 for the Capitol Rotunda, and was installed in the Rotunda by early January 1847. 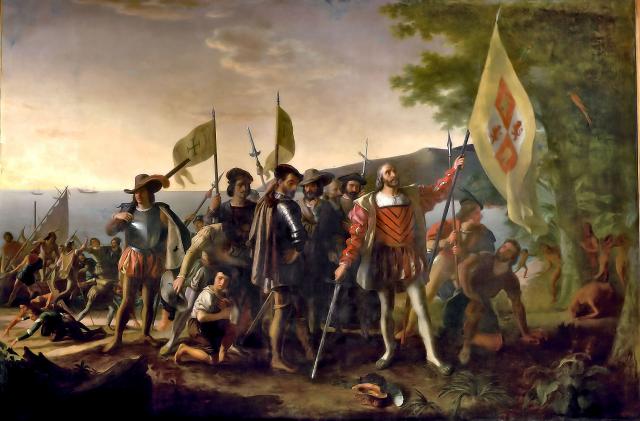