This is an image of Titan, the largest moon of Saturn. With a thick atmosphere, clouds, a rain cycle and giant lakes, Saturn's large moon Titan is a surprisingly Earthlike place. But unlike on Earth, Titan's surface is far too cold for liquid water - instead, Titan's clouds, rain, and lakes consist of liquid hydrocarbons like methane and ethane (which exist as gases here on Earth). When these hydrocarbons evaporate and encounter ultraviolet radiation in Titan's upper atmosphere, some of the molecules are broken apart and reassembled into longer hydrocarbons like ethylene and propane. Source: NASA/Goddard Space Flight Center 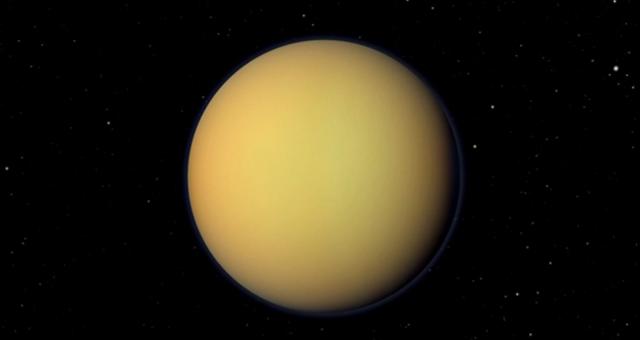