Here is a view of the full solar disk during a two-week period in October and November of 2003 which exhibited some of the largest solar activity events since the advent of space-based solar observing. The Extreme ultraviolet Imaging Telescope (EIT) collects solar images in an extremely short wavelength of ultraviolet light, not visible from the surface of the Earth. The narrow wavelength band at 195 Ĺngströms corresponds (19.5 nanometers) corresponds to a spectral line of multiply-ionized iron atoms. Source: NASA/Goddard Space Flight Center Scientific Visualization Studio 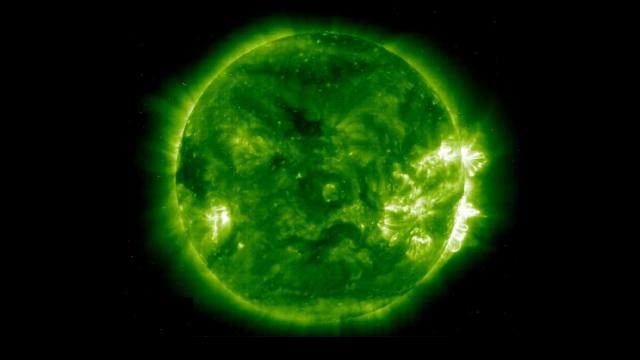